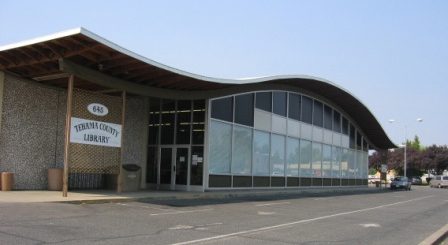 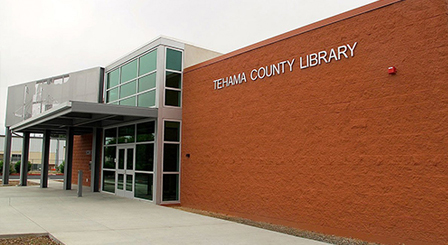 By 1985, the library collection had exceeded the available space in the Kraft Library building. In fact, 80% of the collection was stored in a warehouse. Expansion of the Kraft building was explored but wasn’t feasible because the building needed serious renovation. There were plans in place to move into a larger facility that would house the entire collection under one roof when the County cut the Library budget by 2/3rds, forcing the layoff of all but six staff members and the closure of all but the Red Bluff headquarters, the Corning Branch and the Los Molinos Branch Libraries.

Soon after this budget cut, the Board of Supervisors approved that move. The new library building was originally built in the mid-1960’s and was a Safeway grocery store. The County obtained the services of a local architect, Gene McFarren, to renovate this building. The remaining staff members coordinated the move to the current library building with extensive public support, the help of the Tehama County Friends of the Library group (established in 1965), over 80 volunteers, the County Maintenance Department, and trustees from the jail. A grand opening celebration was held in September 1986.

Continued support and donations from local organizations and from grants have helped the Library to grow and flourish. Technology had advanced rapidly in the last twenty years. When once everything was done by hand and with the use of a typewriter, there are now computers. The Library purchased its first computer in the early 1980’s, and now has computers in all branches. Its entire collection of over 100,000 books is contained on a computer database, and all branches are linked by an automated circulation system. The “card catalog” is now on computer, available at each branch, and via the Internet from home. Computers are now available as well for public use.

The Library continues to function as a resource center, incorporating information that is found in books with that available on the Internet, and to serve the public to the best of its ability.